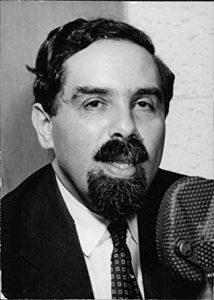 Our Founder Rabbi, Dr. Louis Jacobs z”l was one of the world’s most distinguished rabbinic scholars and authors. He wrote more than fifty books and was widely acknowledged to be one of the greatest authorities on all  major aspects of Jewish Studies including Mishnah, Talmud, Midrash, Responsa, Liturgy, Hasidism, Mysticism, Kabbalah, Philosophy and Theology.

For more than 40 years Rabbi Jacobs served this congregation with distinction. Masorti Judaism in this country, which he inspired, has grown into a dynamic movement built on his theology and teachings. In December 2005,  a Jewish Chronicle poll in which 2000 readers took part voted Rabbi Jacobs the greatest British Jew in the community’s 350-year history in England.

Readers interested in Rabbi Jacobs’ life and work are warmly directed to the extraordinary web site dedicated to promoting his teachings and approach.